This time of year is a period of reflection for us all as we welcome in the New Year and look back at the past 12 months.

Whilst DVSA enforcement officers have seen some horrors on the UK’s roads in 2019, they have all played an active part in removing these dangers from our roads.

In the last 12 months we’ve found 38,712 serious defects and traffic offences on our roads. Many of these led to fines, prosecutions, visits to see the Traffic Commissioners and other enforcement action to protect all road users from unsafe vehicles and drivers.

The majority of goods vehicles, buses and coaches on our roads are safe.

By using all the technology we have at our disposal we are effectively focusing on the non-compliant, helping everyone stay safe on Britain’s roads.

Vehicle examiner Gareth Prismick highlights some of the worst offenders for 2019, which reflect the range of offences that he deals with on a regular basis. 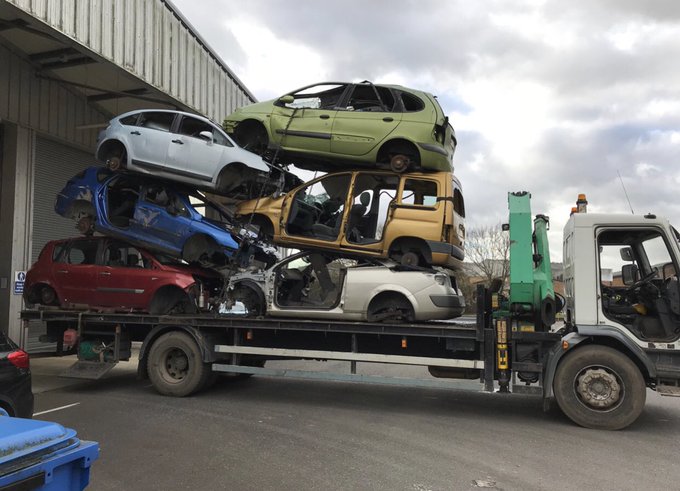 During 2019, there were a few insecurely loaded vehicles that stick in my mind, but this lorry we spotted in April is probably the most shocking example.

Its towering load of cars due for scrappage was only secured by a single chain which could have easily toppled over on to passing traffic.

We issued an immediate prohibition notice and a fine. 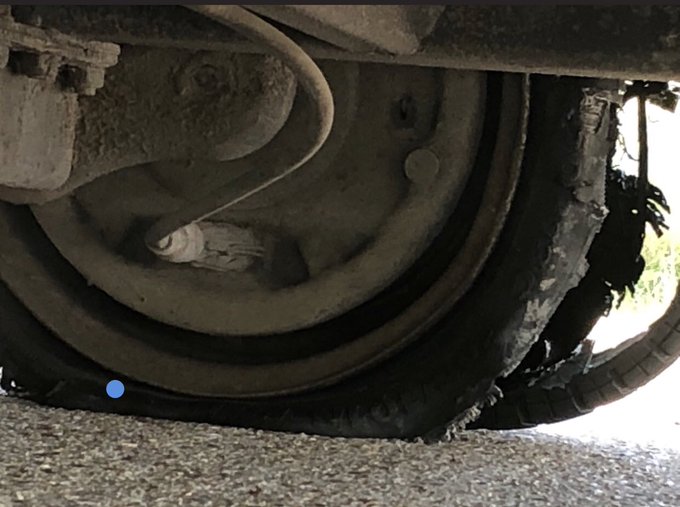 Tyre defects are a common find, but this trailer we spotted in July barely had any rubber left on two of its wheels!

Sparks were literally flying as the offender drove around on just the two wheel rims.

We often find that trailer owners forget to check their trailer before each journey, but this oversight is taking the biscuit!

Always carry out a walkaround check of your vehicle and trailer to make sure they are in good order before setting off. 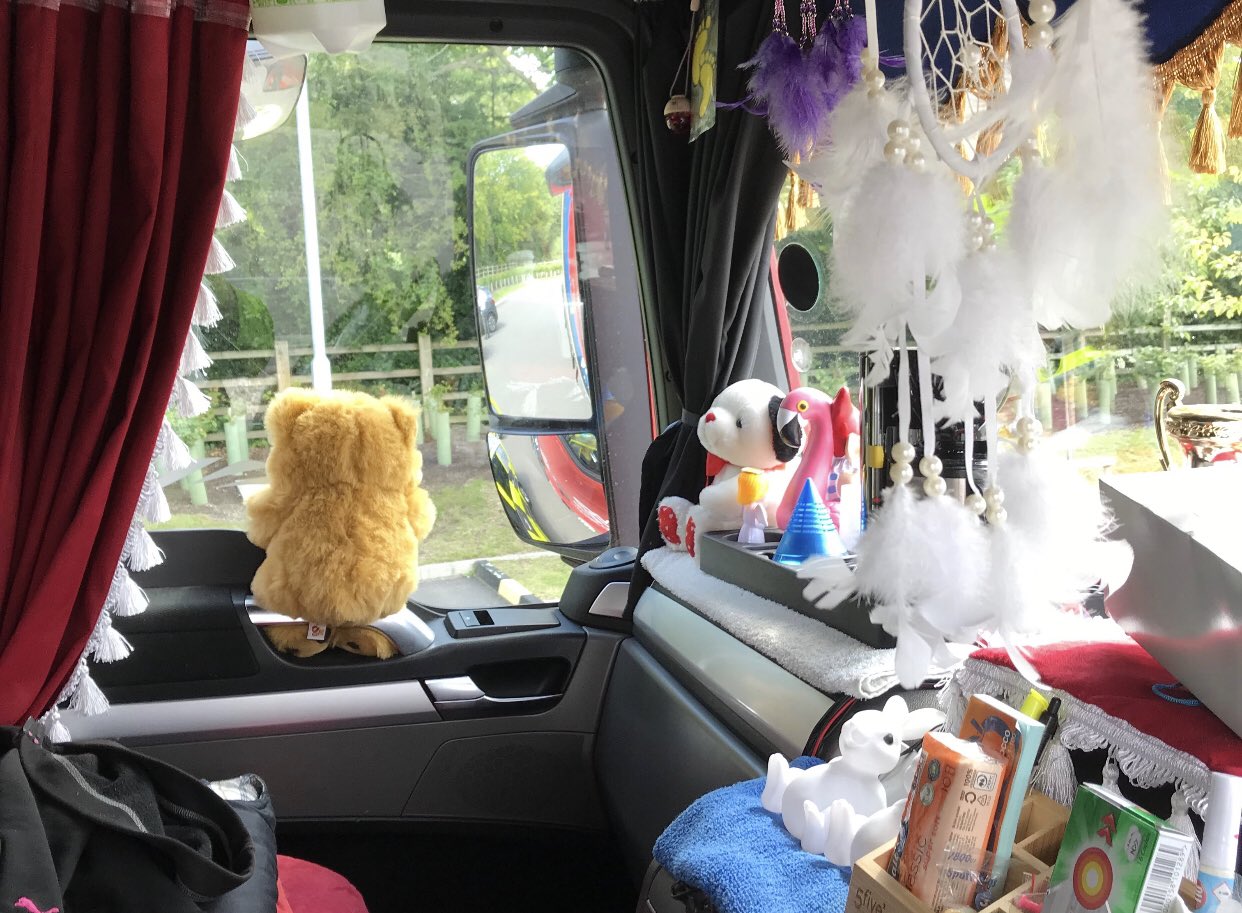 The inside of this cluttered cab was more like Aladdin’s Cave with its hanging toys, trinkets and fringed curtains all obscuring the driver’s view. Safety always comes first!

To top it all, the lorry also had leaking brakes, a broken seatbelt and no stop lamps on the trailer.

We issued an immediate prohibition and fine as punishment.

Not the caravan of love 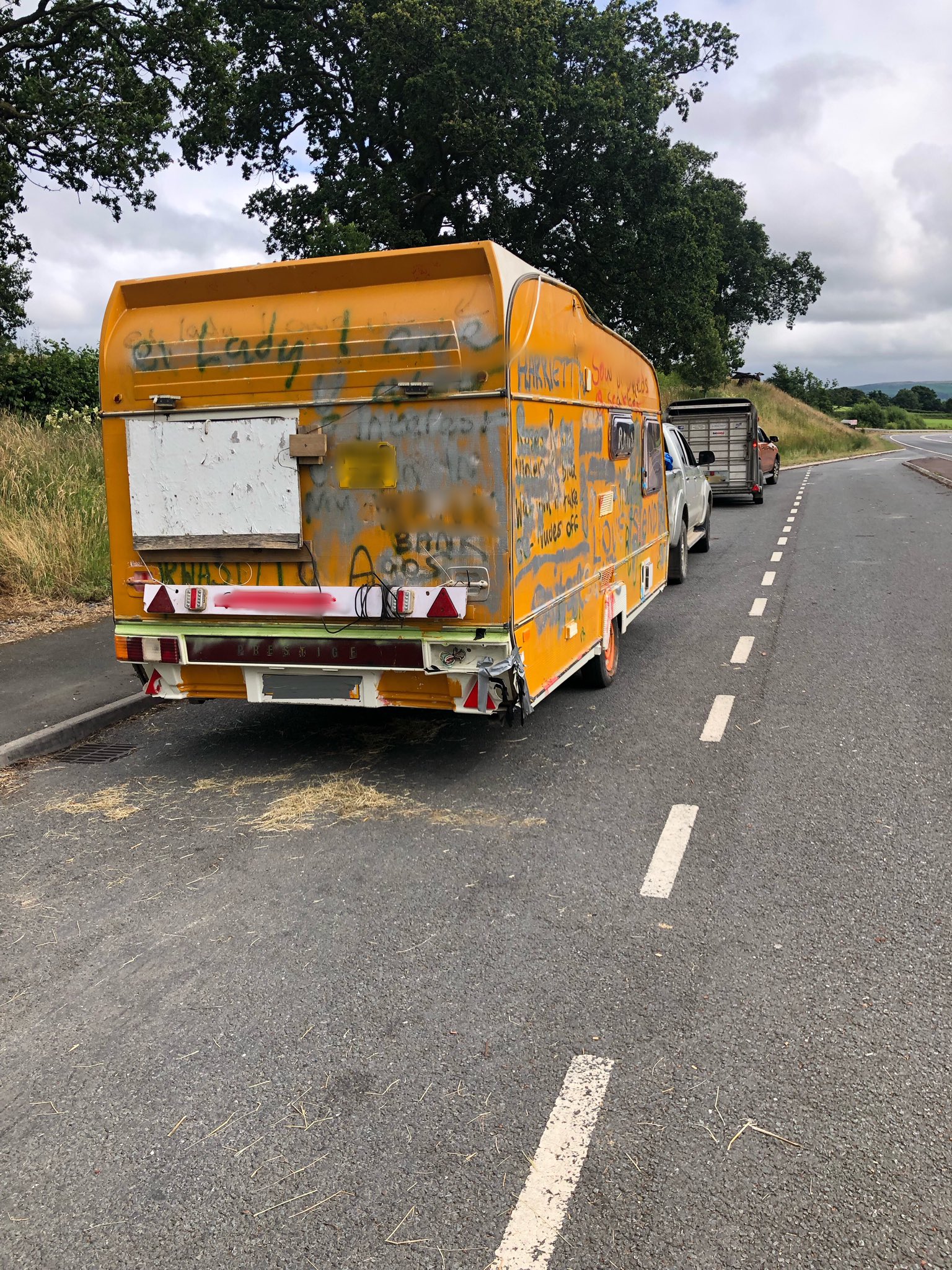 Caravan owners sometimes forget that their caravan needs to be in roadworthy condition, just like the vehicle towing it.

It was not difficult to spot this caravan in the Brecon Beacons with its offensive graffiti emblazoned on all sides.

Unfortunately, its condition was equally as unpleasant as it was overweight, had defective brakes and jagged edges which could have caused serious injury.

We issued a prohibition and the Police gave advice on the public order offence relating to the graffiti. 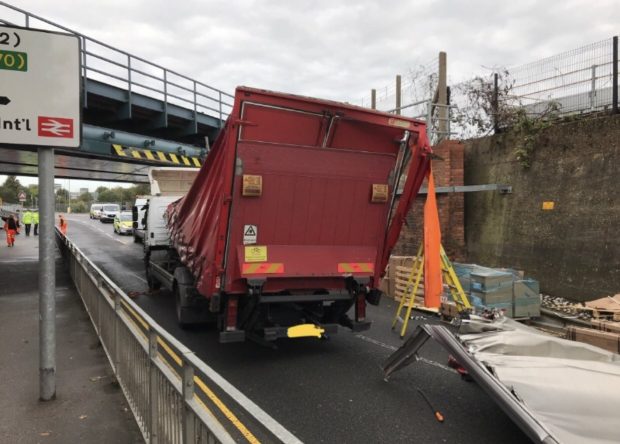 This lorry was seriously damaged following a bridge strike in Ashford and could have easily been prevented if there was a height marker in its cab.

Lorry drivers should always know the height of the vehicle they are driving to avoid such potential disasters.

If you see any lorry, bus or coach issues that could make the 2020 dishonours list report them to us.

Compliant operators can also avoid being targeted by our enforcement teams by joining our Earned Recognition scheme.