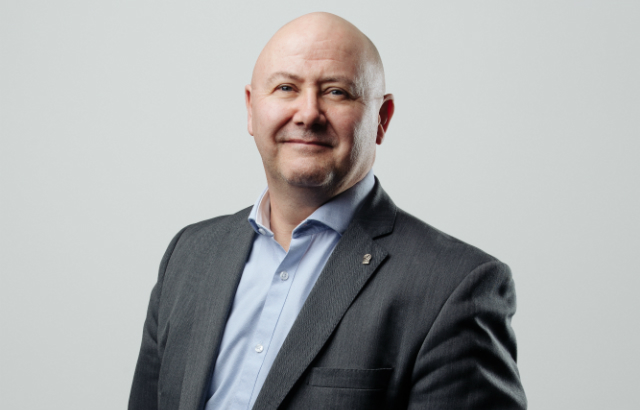 It's now been almost 4 months since we launched our earned recognition scheme for vehicle operators at the CV Show in Birmingham and things are progressing very well.

We thought we'd give you an insight into what it's like being on the earned recognition scheme, so we spoke to Dave Edwards, Head of Transport Compliance at BT Fleet Solutions.

BT Fleet solutions have over 800 technicians and his company manage more than 120,000 vehicles, so it's fair to say he knows quite a bit.

We asked Dave a few questions about how he's found earned recognition since he joined the pilot.

How did you find the process of getting on earned recognition?

We were involved in earned recognition from the start and, to be honest, it was a bit tortuous at the beginning.

But once it got going and we joined the pilot, it became a lot easier. Now the full scheme's up and running and the kinks have been ironed out, it should be much, much smoother for any new operators looking to join.

And how was the auditing process?

It was a bit daunting opening ourselves up for the audit. That level of transparency is something we weren't used to and I think is unprecedented in the road haulage industry, but it was ultimately a really good thing. It helped us identify areas we needed to improve on and, now we've worked on them, they're much better.

It's something every operator could benefit from. You tend to sit there and think everything's right and rosy, but unless you really open yourselves up and test that, it's an assumption rather than a fact.

How have you found the KPIs (Key Performance Indicators)?

Working them out in the first place was a little tricky, but now they're in place, they've proved really useful.

They can be hard to achieve and are definitely quite exacting, but all they do is reflect the undertakings you've already agreed to in your operator's licence. They're the standards you should be living up to anyway.

What they allow you to do is hone in on issues before they become problems. It keeps you focused.

Do you find it useful getting regular feedback from the monitoring systems?

Definitely. Everyone has procedures and processes in place, but they're only as good as the people you have – and we employ over 800 technicians. It can be hard to make sure they're all on the same page and up to speed.

For example, we had a situation where one person left while another was off sick, and the handover note he left behind wasn't good enough. This meant a part of our operation wasn't being managed effectively and standards started slipping.

Instead of not knowing until we got a knock on the door from DVSA 12 months down the line, we dealt with it ourselves.

Would you say the extra data you now have access to has been as useful as the other benefits of earned recognition?

It's definitely helped our focus and made sure we're doing things right. We need to constantly check and interrogate the data to make sure we're up to standard, where otherwise you might only glance at the data and miss something.

It's about critically examining yourself and always questioning where you could be better and where you're failing, then putting measures in place to make sure you maintain your standards.

Do you consider high standards to be enough of a reward on their own?

Definitely. As I said, being that transparent and self-critical can be stressful, but it's the best way of proving how good you are. You can basically say "we have nothing to hide – we're good and we've proved we're good."

What's really great about earned recognition compared to other schemes is that these are the standards set by the people who set the standards, not some other organisation. There's nothing arbitrary about them.

You could say it's the gold standard, and it feels good to attain it.

Has it had an impact on your relationship with DVSA?

It's 100% better working with DVSA than it was before, and it's all because of a subtle shift in approach.

Before, we didn't have a bad relationship with DVSA as such, but we only heard from them when there was a problem. It wasn't really like working with them – more like working against them.

Now, we have a much more adult relationship, because they're talking to us and we're talking back. It's a level playing field, not an "us v them" situation. It's been really beneficial to see DVSA as human beings!

I think the only way, as an industry, we can get better is to work harmoniously, rather than acrimoniously. And I think earned recognition is a big step in the right direction.

Would you recommend earned recognition to other operators?

Without a shadow of a doubt. Yes, definitely. I'm not going to lie, it can be a bit painful to put your head above the parapet, so to speak, but it's a great thing to do. It helps you improve and helps you more effectively manage what you're supposed to manage.

In my view, the regulations are for public safety and for the drivers' safety. And if this helps makes sure an accident doesn’t happen because we’ve got a better handle on things, then that’s great.

So, even without the commercial advantages, the safety benefits and in terms of being able to manage your business better, yes, I'd 100% recommend it.