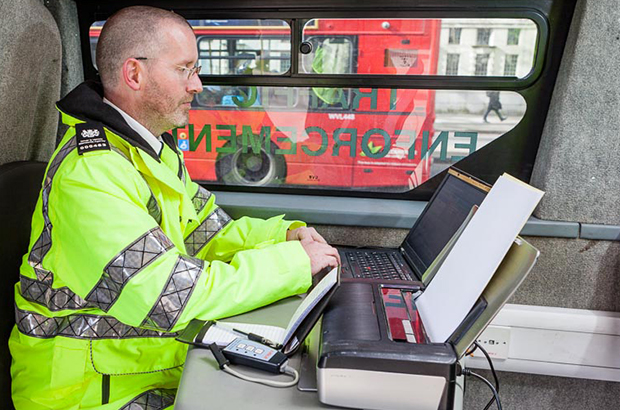 We use the Operator Compliance Risk Score (OCRS) system to help decide which vehicles should be stopped at the roadside.

It calculates the risk of an operator not following the rules on roadworthiness (the condition of its vehicles) and traffic - for example, drivers’ hours. It’s more likely that your vehicles will be inspected if your OCRS is high.

We’ve reviewed the OCRS system through our complaints and enquiries service, and from feedback from traffic and vehicle examiners. We wanted to find out how the system worked in practice.

As a result, we’ve introduced some changes and operators can request a report from today (Tuesday 6 December 2016).

This new score will help us concentrate our roadside targeting on operators who have the highest risk scores. Vehicle and traffic examiners will use the new combined score to determine which vehicles to inspect.

By protecting the public from unsafe drivers and vehicles it’ll help keep you safe on Britain’s roads.

Removing the 'straight to red' trigger

The 'straight to red' trigger puts operators in the red band following a prosecution or a ‘most serious infringement' (MSI). We've now removed this.

In the future, we’ll continue to issue operators with OCRS points for most serious offences and prosecutions but they won’t automatically be placed into the red band when this happens.

Verbal warnings during a roadside check

If a driver is issued with a verbal warning during a roadside check, the operator’s OCRS score will not be affected. Instead, this will now be shown on the operator’s OCRS report as a clear inspection - unless the traffic examiner finds other offences and issues a prohibition or fixed penalty.

We’ve also lowered the points given for prosecution cases and band 5 offences (such as failing to record data on a tachograph) from 500 to 300.

The points for other bands won't change. So for example, band 4 offences will still get 200 points.

You’ll find more detailed information about the changes in our OCRS system guidance, including how the combined score is calculated.