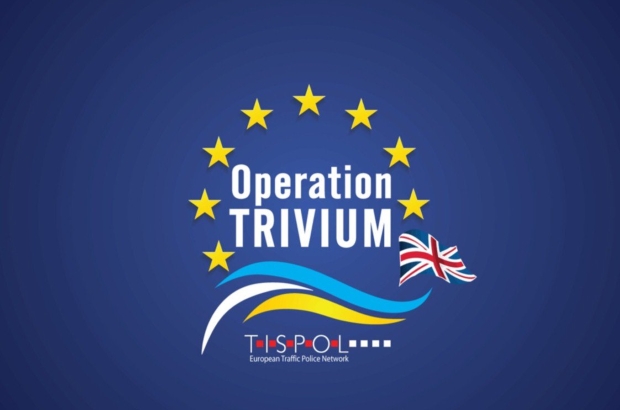 Our enforcement teams at the Driver and Vehicle Standards Agency (DVSA) recently supported a major operation to target foreign offenders using the roads.

Operation Trivium 7 took place from Monday 21 November to Friday 25 November 2016. During that week, I got the chance to visit a few check sites and see what happened during the operation.

I work in DVSA’s External Communications team. I only joined DVSA in October 2016, so this was my first chance to get out and see the enforcement work DVSA does first hand.

Working in an office all day it can be easy to forget that a lot of the work DVSA does is going on the at roadside - whatever the weather, as I found out on a particularly rainy day!

This was a great opportunity to get out and to chat to our enforcement staff, understand the work they get up to and see the type of defects they’re finding on vehicles.

Throughout the week, I got to see how our enforcement staff work with the police and other partners to stop and check vehicles and drivers' details.

We regularly work with other organisations on operations that protect the public from unsafe vehicles and drivers. This operation was no exception and involved a huge amount of work from lots of different organisations.

A national control centre was set up in the West Midlands, with representatives of Europol (the EU’s law enforcement agency) based there throughout the week.

Out on the road, DVSA and local police services were joined by:

The operation was also supported by staff working remotely from:

Reporting live from the operation

I've picked a few highlights below.

A catalogue of defects

Just issued another prohibition for a brake defect as well as an on the spot fine for not paying the HGV Levy #optrivium pic.twitter.com/UjeWlXduBC

Vehicle checks underway as part of #optrivium. Just issued an immediate prohibition as the fuel cap had been replaced by a plastic bag. pic.twitter.com/VDl0k7fDmZ

Penalties issued for driving under prohibition and braking defects. pic.twitter.com/Zawv1qtCDu

Results from the operation

Another arrest has already resulted in a charge.

Even though I was only taking part in the background, taking photos and tweeting, it was great to showcase all the hard work that’s involved in an operation like this.

Operations like this play a vital part in protecting the public from unsafe vehicles and drivers. And it’s reassuring to know that our enforcement teams are out there, working all-year-round to keep you, your family and friends safe on Great Britain's roads.

You can see everything the operation found by looking through tweets with the #OpTrivium hashtag on Twitter.